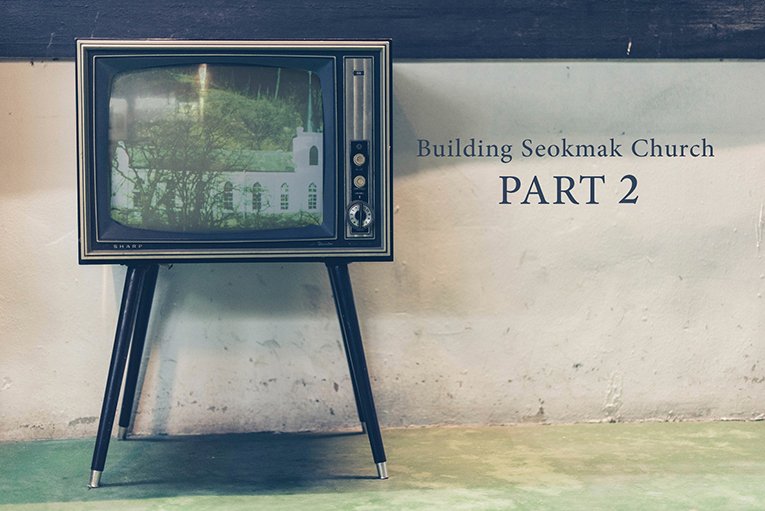 Back in the 1970s, I needed to support my family. One of the things that I had set my mind to do when I came back from Vietnam was to buy clothing for my mother. Even though I knew that my dad would scold me for doing so, I was determined to get her an outfit. However, my older brothers and my younger siblings had all prayed for me during my time in Vietnam, so I wanted to give all of them a small sum of money as well. But if I were to give them even a bit of the money, I wouldn’t be able to buy anything for my mother, and I would only be able to give half of what I had to the church…

Ultimately, I decided to bundle up all of the money and take it to the church. The bundle of money was so huge that it wouldn’t even fit into the offering bag. I thought about what the money should be used for, and in the end, I used it to build Seokmak church.

However, I received harsh rebuke from my brothers:

“How could you do that? Even if it was just a tiny bit of money, you should have left something for your family when you gave your offering.”

A commotion broke out, so my family went to speak to the deacon about it.

My family complained to the deacon, “He gave all of that money as an offering, but he didn’t discuss it with anyone at home first! He shouldn’t have done that.”

But I had already spoken to the deacon beforehand and forewarned him that if my family were to take back any of the money, the responsibility would fall on his shoulders. I had instructed him thoroughly,

“They won’t take all of the money back, but don’t let them take even ten cents. If anything happens, it’s all on you.”

I remember warning him in this way.

As I returned home after offering all of the money, a strong feeling of sincere gratitude towards God sprang up inside me. The fact that God had kept me alive in Vietnam could not be exchanged for the entire world. When I thought about how God had saved my life on countless occasions, the money seemed so insignificant. What I had offered to the church seemed like less than one cent.

“God, if You want the tape recorder, I’ll give it to You too. It’s all Yours. I’ll just keep it safe for You,” I confessed with thanksgiving to God.

Later, as I was reading the book of Proverbs in the Bible, I kept seeing a vision. As if watching television, I was watching what was happening around the world through the vision. In Proverbs 17:4-5 it says:

4 A wicked man listens to evil lips; a liar pays attention to a malicious tongue.

5 He who mocks the poor shows contempt for their Maker;

whoever gloats over disaster will not go unpunished.

Each verse seemed like one book. So 3,000 proverbs resembled 3,000 books. There appeared to be 3,000 books tightly packed onto one bookshelf. I realized that if you read the entire book of Proverbs, it’s like reading 3,000 books.

If you read a regular book, it would be hard to find even one proverb in it. I had been reading the book of Proverbs a lot, and I realized deeply how precious they were.

Although I had given up my television for God, He showed me spiritual television instead. If I were to simply think about something, I would be able to see it. I realized that this was a gift from God that he has never taken away from me. No matter how good a television it was, if it were just a physical television, it would have already broken by now.

However, since I had surrendered everything to God, God gave me things that were far superior: I used the earnings from the tape recorder to make Bible lecture charts, and with the money from the television, I built Seokmak Church. Back then $100 would have been enough to buy 33,000 square meters of land in Seoul. But I used that money to build Seokmak Church, so can you imagine just how much money went into the construction?

Long ago, I gave up my valuables in order to build a church so that people could be saved and so that I could make Bible lecture charts. But what God gave me was even more valuable than the television or tape recorder: I was given the television of the spiritual world through which I could converse with God, and He connected me to precious lives who could help record God’s Word and put it into practice. That’s how I was able to meet all of you, right? It has been such a blessing. Therefore, don’t live for the meaningless things of the world but live a beautiful life—a life of value for God.